Wayde Whitmire and Todd Green, with the combined experience of over 50 years in the R.V. industry, had over the years listened empathetically as customers complained about the bugs and debris on their motorhomes,especially the windshield.

The problem became very apparent when Wayde was returning Bob Tallman’s freshly-detailed coach to him. Wayde hit grasshopper season in Montana. He could not see out of the windshield. He stopped several times during
the 90 mile drive to try to clean it as best he could. A white knuckle drive, on a beautiful, sunny, Montana afternoon was, to say the least, not safe, and also embarrassing as he handed the keys to Bob, with an
apology as there was nowhere to stop and wash the motorhome.

Wayde had a 90 mile drive back home to Missoula and plenty of time to brainstorm. From an idea, to a sketch on paper, a year later Wayde and Todd had produced the perfect product! The Road Wave.

Wayde and Todd have a reputation in the R.V. industry that is impeccable; from the factories to their customers, they are on a first
name basis. They wanted a product that would measure up to the high standards they have set, not only for themselves, but also for the people they represent. 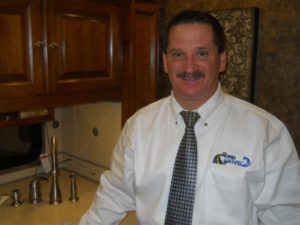 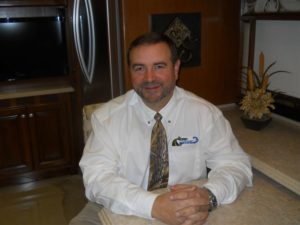